On September 8, 2013, the volunteers of WMSCOG in the UK gathered together and visited Etherow Park in Stockport. Their goal, to help the gardeners with their annual ‘balsam bashing’. 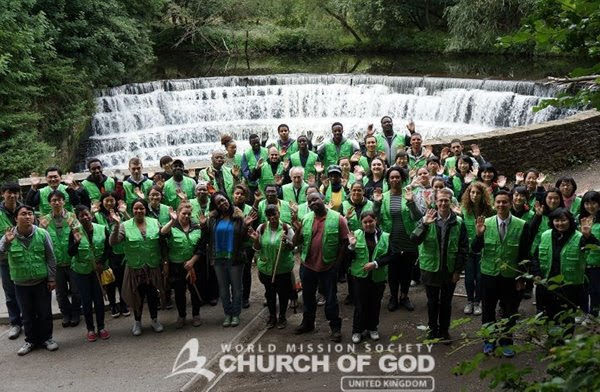 There are nearly 3000 different species of plants that call the UK home. Among these many species is the Himalayan Balsam. Though it boasts beautiful purple/pink flowers, this plant can grow up to 10 feet high and has become a problem in the UK. Consequently, this weed can overtake other vegetation and spread its seed naturally up to 22 feet from each plant. Because it kills off all other vegetation it has caused a problem in many parks and other such areas throughout England by killing off plants native to the UK.

The volunteers of the WMSCOG in the UK gathered together ready to set off to the beautiful Etherow Park in Stockport, so they can help keep England’s parks beautiful and lush.

Curious about ‘Balsam Bashing’ they excitedly gathered around the Head gardener to learn a bit about English horticulture and the problems it is facing with this flower.
They were then handed wooden sticks and told the best way to get rid of these flowers. It is to take each plant and hit it (bash it) until they fall.
Accordingly, the volunteers joyfully worked hard walking around the 240-acre park, ‘bashing’ down every balsam plant they could find. In addition, the members thoroughly enjoyed themselves by coming together to help the environment. They also learned about horticulture and worked together to ‘bash balsam’.
There was lots of laughter throughout the day. As well as games to see who could bash the most and who could find the most hidden plants. 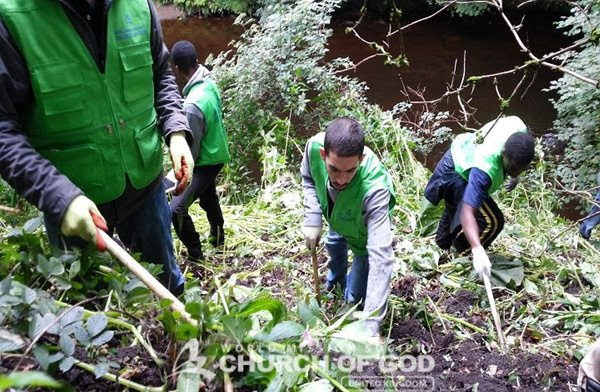 At the end, the Head gardener was amazed at the members’ hard work, especially at the length of time they worked and the continuous smiles on their faces. He ended with a huge “Thank you!” and expressed the importance of the environment and how impressed he had been that so many young people were taking an interest in their country when so many took it for granted and with that the members and the gardeners left shouting, ‘We love you!’. 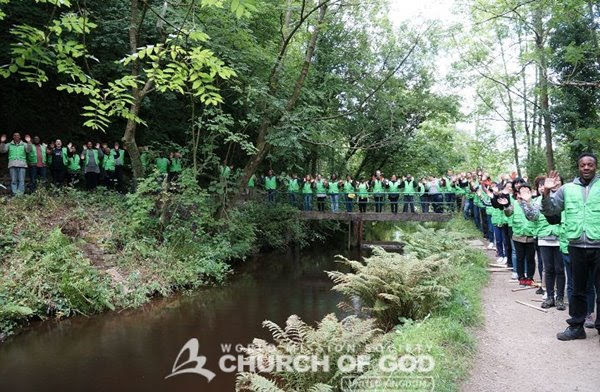 Clean up after the Chinese New Year

Care home performance for the New Year in Salford